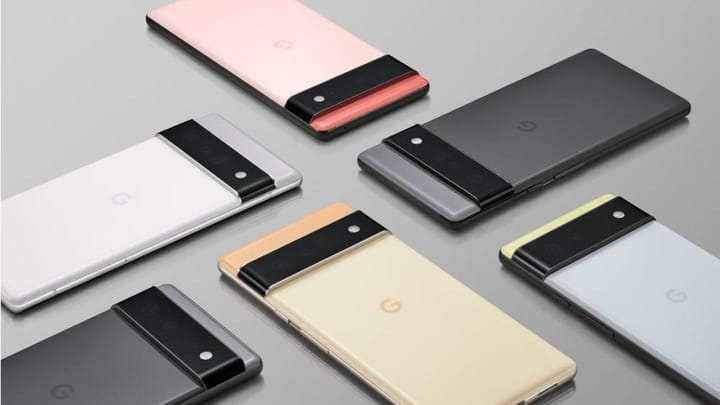 Google is all set to launch its high-end Pixel 6 and Pixel 6 Pro smartphones this fall i.e. sometime around October. In an unexpected move, the tech giant has officially previewed its upcoming flagship devices, revealing their design, camera features, and other highlights. The company has also confirmed that the Pixel 6 series will be equipped with a new custom-built 'Tensor' chipset.

Everything we know about the new Tensor chipset

Google Tensor is the company's custom-designed SoC to power the Pixel 6 and 6 Pro. While details about the CPU, GPU, and 5G modem are unknown as of now, the tech giant has revealed that Tensor will enable "most innovative AI and ML" features. It also has a new security core and a Titan M2 chip to provide better on-device security.

The phones will sport a high refresh rate AMOLED screen

The Google Pixel 6 and 6 Pro will feature a punch-hole design with a slim bottom bezel, a dual-tone rear panel, and an in-display fingerprint sensor. The vanilla Pixel 6 will bear a 90Hz, 6.4-inch Full-HD+ flat AMOLED screen and a matte-finished aluminium frame. The Pro model will have a 120Hz, 6.7-inch QHD+ curved AMOLED display with polished aluminium rails on the side.

They will likely be equipped with a 50MP main camera

Google Pixel 6 smartphones sport a new full-width 'camera bar' as "the improved sensors and lenses are too big to fit into the traditional square." The Pixel 6 is tipped to pack a 50MP primary sensor and a 12MP ultra-wide lens. The Pixel 6 Pro will boast an additional 48MP telephoto lens with 4x optical zoom. Up front, a 12MP snapper is expected.

They will boot Android 12

The Google Pixel 6 and Pixel 6 Pro will draw power from the new Tensor chipset, paired with up to 12GB of RAM and up to 512GB of storage. The former may pack a 4,614mAh battery while the latter will house a 5,000mAh battery. They will run on Android 12 OS. The devices will also offer support for the latest connectivity options.

The official pricing and availability details of the Google Pixel 6 series will be announced at the time of the launch, which will take place sometime around October this year. However, considering the specifications, the line-up may start at around Rs. 70,000 in India.

Share this timeline
Facebook
Whatsapp
Twitter
Linkedin
Surbhi Shah
Twitter
Surbhi Shah covers tech and auto news for NewsBytes. She has previously worked with Boomlet Media, Fever 104 FM, and Republic Media. Over a career spanning two years, Surbhi's work has focused on different genres, including technology, current affairs, and social media. She has a postgraduate diploma in Multimedia Journalism from the Indian Institute of Journalism and New Media, Bengaluru.
Mudit Dube
Twitter
Mudit Dube is a technology and automobile editor at NewsBytes. He also manages the in-house news writing software, YANTRA. With an experience of nearly five years, his work focuses on daily news trends, explainers, reviews, and developing technologies. He has a postgraduate diploma in Journalism from the Asian College of Journalism and has previously worked with NewsX, a 24-hour english news channel.
Latest
Google
Google Pixel 6
Upcoming Mobile Phones
Google Pixel 6 Pro