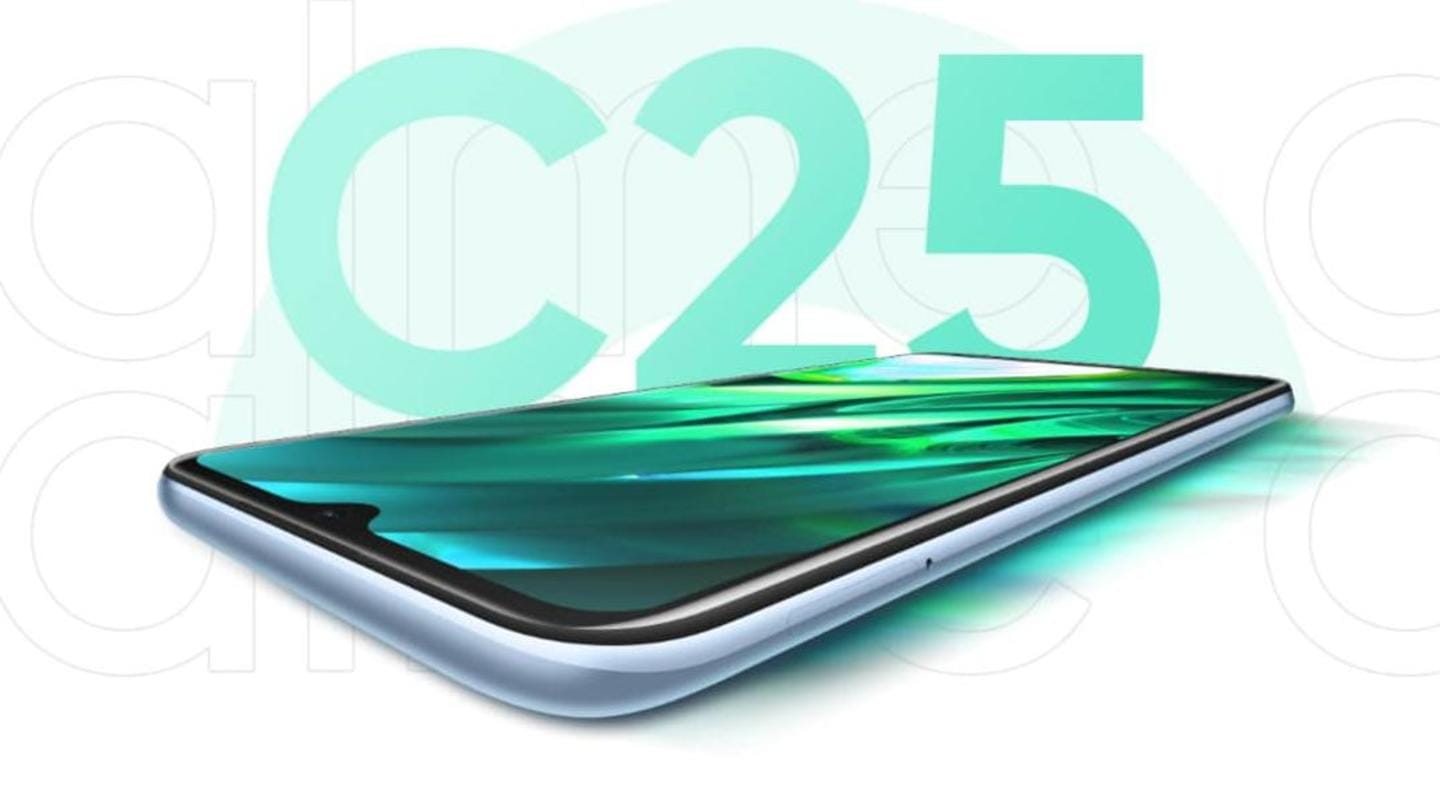 Realme India CEO Madhav Sheth has teased the arrival of a new C-series smartphone in India, the Realme C25. Going by Sheth's Twitter post, the handset will be launched sometime in April with a 6,000mAh battery.

To recall, the C25 was first announced in Indonesia last week with an HD+ display, triple rear cameras, and a MediaTek Helio G70 chipset.

First, have a look at the teaser

Guys, can you C what is hidden in this photo?

RT and reply with your comments. pic.twitter.com/2Ey0n3rYxA The Realme C25 sports a waterdrop notch display with a prominent bottom bezel. On the rear, it offers a triple camera module and a physical fingerprint scanner.

It is offered in Water Blue and Water Gray color variants.

It packs a 48MP main camera

It draws power from a Helio G70 processor The Realme C25 is powered by a MediaTek Helio G70 chipset, paired with 4GB of RAM and up to 128GB of storage.

In terms of connectivity, the device offers support for Wi-Fi, Bluetooth 5.0, GPS, a headphone jack, and a Type-C port.

The official pricing details for the Realme C25 in India will be announced at the time of the launch. However, for reference, in Indonesia the handset sports a starting price tag of IDR 2,099,000 (approximately Rs. 10,500).