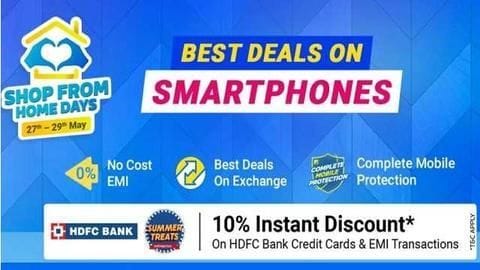 Flipkart has kicked-off its 'Shop From Home Days' sale in India with deals and offers across its product range, including smartphones. 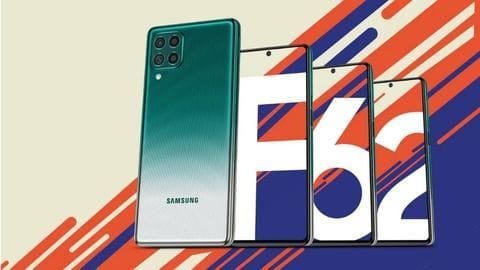 If you are looking for a premium smartphone at an affordable price, here's an interesting deal. Samsung is offering the Galaxy F62 with an instant cashback of Rs. 7,500 on HDFC and ICICI Bank cards. 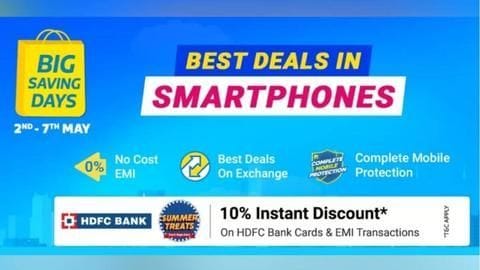 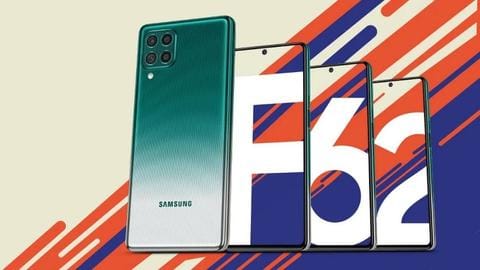 Technology
Discount worth Rs. 2,000 on Samsung Galaxy F62 in India

South Korean tech giant Samsung's Galaxy F62 handset, which was launched in India this February, has received its first-ever discount of Rs. 2,000 for the offline markets, as per 91Mobiles. 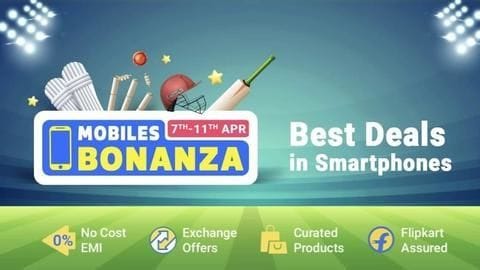 Samsung's latest mid-range offering, the Galaxy F62, is now available in India via offline retail shops as well. To recall, it was launched last month and was up for grabs only via Flipkart, Reliance Digital, and the company's e-store. 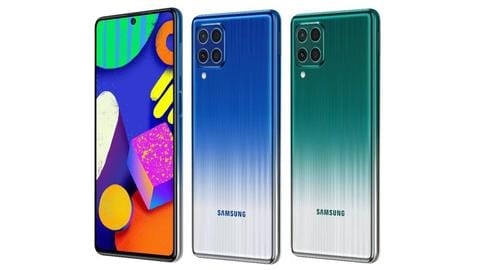 If you are planning to buy a latest mid-range smartphone, this might be a good deal for you. Flipkart is offering the Samsung Galaxy F62 model with Rs. 2,500 instant cashback on transactions via ICICI Bank Credit and Debit cards. 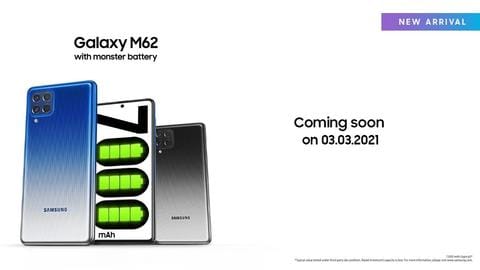 Samsung will launch a new Galaxy M62 handset in Malaysia on March 3, as confirmed by the company. The official post reveals that the phone will arrive as a rebranded Galaxy F62, which was announced in India last week. 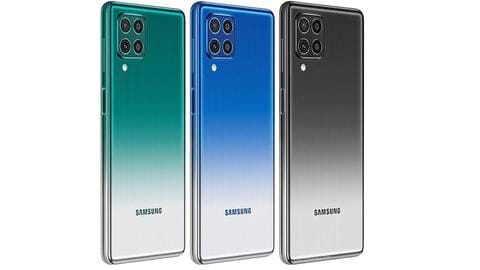 Samsung has released the first software update for its Galaxy F62, a day after the handset went on sale in India. 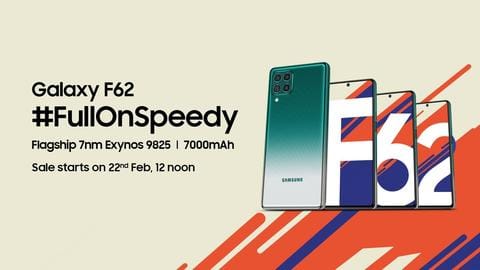 Samsung Galaxy F62, which was launched in India last week, will go on sale today at 12 pm via Flipkart, Samsung India's online store, Reliance Digital, and My Jio stores. 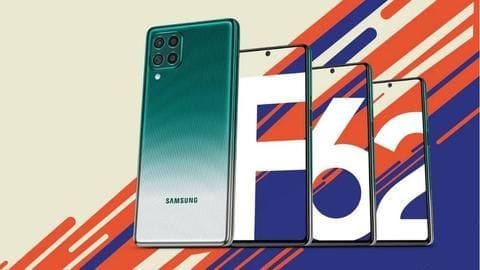 Samsung has launched the Galaxy F62 smartphone in India at a starting price-tag of Rs. 23,999. It will go on sale from February 22 via Flipkart, Samsung Shop, and Reliance Digital. 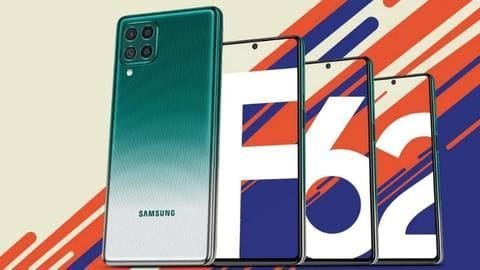 As Samsung Galaxy F62 is approaching its February 15 launch in India, Flipkart has updated its microsite to reveal some of the key specifications of the handset. 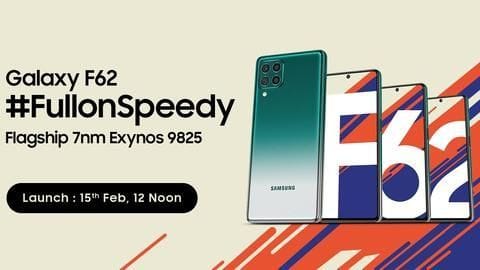 Samsung is all set to announce its Galaxy F62 model in India on February 15. In the latest development, Flipkart has updated its microsite to reveal that the handset will pack a massive 7,000mAh battery. 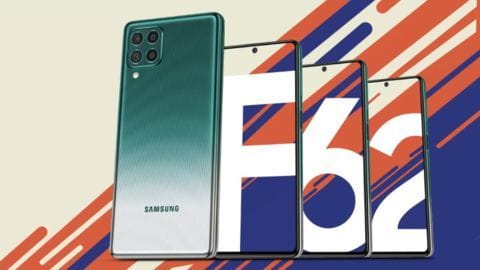 Technology
Samsung Galaxy F62 to be launched on February 15

Samsung is all set to launch the Galaxy F62 smartphone in India on February 15 at 12 pm, a Flipkart microsite has confirmed. The landing page has also revealed the key specifications and features of the handset. 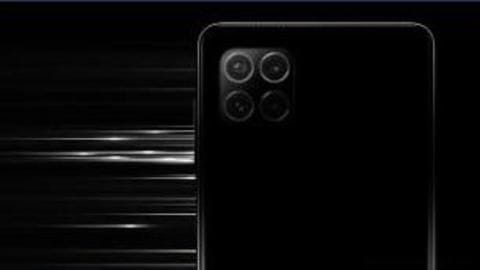 Samsung is expected to launch a new budget-range smartphone, called the Galaxy F62, in India later this month. 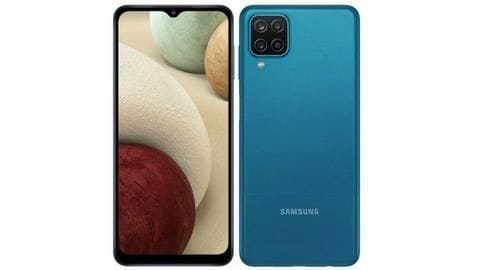 Samsung is gearing to launch its latest budget-range smartphone, the Galaxy F62, in India by the end of this month. In the latest development, tipster Ishan Agarwal (via MySmartPrice) has revealed the handset's battery, camera, and display details. 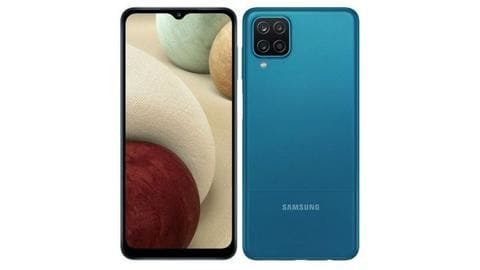 Samsung is expected to introduce its Galaxy F62 smartphone in the first quarter of 2021. In the latest development, 91mobiles has shared the rear panel images of the phone, revealing its design. 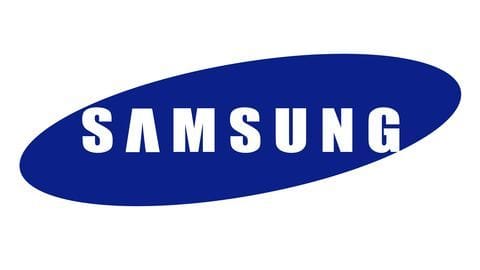 South Korean tech giant Samsung is expected to launch its Galaxy F62 smartphone in India in the first quarter of 2021. In the latest development, the handset has been spotted on Geekbench, revealing some of its key specifications.