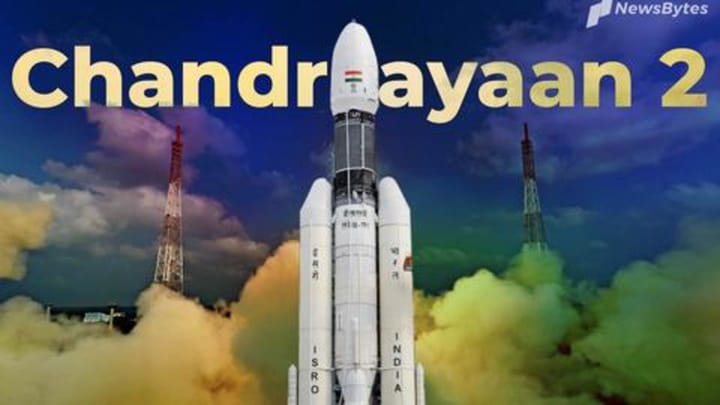 In the early hours of July 15, the Indian Space Research Organization (ISRO) will embark on a historic journey. The agency will launch Chandrayaan-2, our nation's second-ever mission to the Moon carrying a lander, orbiter, and rover. It is said to be one of the most complex projects for ISRO, and you can watch it live. Here are the details.

ISRO has commenced the countdown to launch Chandrayaan-2 from the Satish Dhawan Space Center, Sriharikota. The timer will run out at 2:51 am, which is when the agency's GSLV Mk-III, aka Bahubali rocket, will take to the skies with the lunar probe. Then, the 144-ft, three-stage rocket, which is half as powerful as SpaceX's Falcon 9, will put Chandrayaan-2 into an "Earth parking orbit".

🇮🇳#ISROMissions🇮🇳
The launch countdown of #GSLVMkIII-M1/#Chandrayaan-2 commenced today at 0651 Hrs IST. The launch is scheduled at 0251Hrs IST on July 15th.
More updates to follow...

Then, Chandrayaan-2 will head on a two-month-long journey

From the parking orbit, Chandrayaan-2 will fire its thrusters to extend its orbit and fly towards the Moon. If all goes according to the plan, it will take nearly two months and reach the destination on September 6, 2019. After this, the challenge for ISRO would be to soft-land on the lunar South Pole, a region that has never explored by space mission before.

Soft-landing on the Moon's South Pole

Chandrayaan-2 weighs around 3,300kgs and carries three main payloads - the orbiter, lander, and rover. When it reaches the moon, the Orbiter will stay in orbit to study the Moon from space while the lander, nicknamed Vikram, will detach. It will take 15 crucial minutes to soft-land in a high plain between two craters, Manzinus C and Simpelius N.

Finally, the rover will roll out

Once the detached module settles at the targeted landing site, Pragyaan, which is the mission's rover element, will roll out and start exploring the lunar surface at 1 centimeter per second. It will stroll in the region, known to contain water ice, for two Earth weeks and conduct several experiments, including on-site chemical analysis of the surface, using onboard equipment.

The mission will have 13 payloads, 8 on Orbiter, 3 on Lander, 2 on Rover, for conducting experiments aimed at imaging and studying the lunar terrain, the exosphere. This would provide a better understanding of water on the Moon as well as its origin, evolution.

Finally, how to watch Chandrayaan-2's launch

ISRO has already closed the window for letting space enthusiasts watch the historic mission launch live in Sriharikota. However, if you have not registered, you can watch Chandrayaan-2 launch online as well. ISRO will be telecasting the event on Doordarshan as well as live streaming the same on YouTube, Facebook, and Twitter.