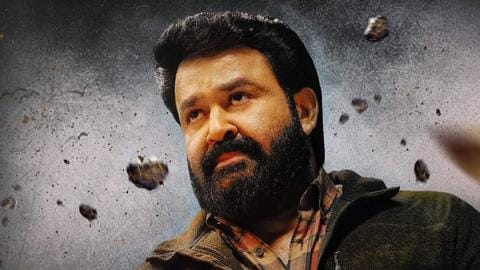 The trailer for 12th Man was shared recently and what a riveting watch that was! Led by Mohanlal, the Jeethu Joseph directorial will be a murder mystery and is gearing up for a digital premiere on May 20. The trailer, lasting 2:27 minutes, is high on thrill but the catchy aggressive sound of a violin in the backdrop is its USP. Here's a breakdown.

The trailer begins with an introduction of a group of 11 people, all college friends, and they plan a reunion in a hill station. They meet but soon we understand things are not that hunky dory as it appears. Things intensify when a sleazy (?) stranger, "the 12th Man" (Mohanlal), joins them without being called. He drinks and winks at women, inviting their wrath.

Observation
Mohanlal is not what the others perceive of him

In the second half, we learn that a person from the group has gone missing. And, the narrative changes. In the following few frames, we see Mohanlal sitting across the table in front of the rest of the group members. The expressions on his face convey that he is suspecting someone to be behind this disappearance/murder. Dialogues and performances efficiently keep the situation tense.

Mohanlal is joined by a host of actors, including Unni Mukundan, Saiju Kurup, Rahul Madhav, Anu Sithara, Leona Lishoy, Anu Mohan, Anusree, Chandunadh, Aditi Ravi, Sshivada, and Priyanka Nair. This Agatha Christie-style extravaganza will be produced by Antony Perumbavoor of Aashirvad Cinemas. He had also backed Mohanlal-led Bro Daddy. The screenplay has been penned by KR Krishna Kumar. Watch it on on Disney+ Hotstar.