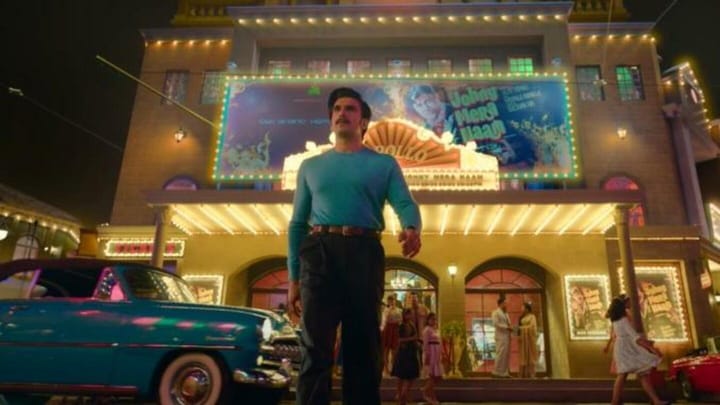 The trailer of Ranveer Singh's upcoming movie Cirkus was released by the makers on Friday and it opened to an overwhelming response from fans. The electrifying trailer takes us back in time as Singh's character accidentally time-travels. What happens there and how he manages the time-travel situation make up for the rest of the story. Read on to know more.

Singh plays dual roles in the movie. The trailer starts with a circus scene, where Singh's "Electric Man" is seen performing a stunt that goes hilariously wrong and he travels back in time to the '60s, where he is mistaken for his doppelganger. His romantic track with Hegde and Fernandez adds more to the streak of unforeseen circumstances and comical chaos.

While all the actors made their presence felt with their attention-arresting performance, Bollywood superstar Deepika Padukone made a surprise appearance toward the end. She is seen shaking a leg with Singh for an upbeat number and it has amplified the trailer's charm. Shot across Mumbai, Goa, and Ooty, the film has been co-produced by Shetty, Bhushan Kumar, and Reliance Entertainment.

'Circus' will hit the theaters on December 23

Sharing the trailer on social media, Singh wrote, "Welcome to Rohit Shetty's comedy-verse. Trailer out now." The movie will hit the theaters on December 23. It will clash at the box office with two other movies. Merry Christmas starring Vijay Sethupathi and Katrina Kaif, and Ganapath: Part 1 starring Tiger Shroff and Kriti Sanon are also heading for release on the same day.