SRK is man on a mission in Atlee's 'Jawan' teaser 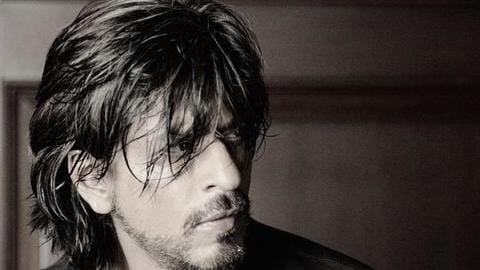 King Khan is back and how! On Friday, Shah Rukh Khan officially announced his next with director Atlee, titled Jawan. The film marks Khan's debut collaboration with "lady superstar" Nayanthara. The 56-year-old took to social media to unveil the film's teaser, much to the excitement of his fans. Jawan co-stars Sanya Malhotra and will hit theaters on June 2, 2023. Here's a teaser breakdown.

The visually spectacular teaser, set to an instantly catchy tune, establishes SRK as a gangster with a barrage of ammunition at his disposal. With most of his face blanketed in bandages, a bruised and battered Khan looks gruesome with bloodshot fiery red eyes. Is he revenge-driven? What's the story behind the macabre look on his face? We'll find out exactly a year from now.

The first two seconds of the 1:31-minute clip are an aesthetic sight, with a greenish-blue landscape that instantly reminds one of the northern lights. Further ahead, in his bunker, Khan receives a go-ahead from a female voice—could this be Nayanthara? Toward the end, SRK's classic villainous laugh that has become synonymous with his gray avatars (Baazigar and Darr) commands the clip.

Around midday on Friday, Red Chillies Entertainment, owned by Khan and his wife Gauri Khan, teased the fans with a mysterious announcement. The production house captioned the post, "We know, you have been waiting and it's almost here! See you at 2 PM (sic)." The poster also read, "Today we announce our most ambitious movie!" sending King Khan's fans into a stupendous frenzy.

Synopsis
SRK to be seen in a double role?

A report by Pinkvilla suggests that the Happy New Year actor might be essaying a double role in Jawan. If that is true, it will further heighten the hype enveloping the film. Reportedly, one of his characters will be a senior R&AW officer and the other one will be a notorious gangster. SRK has played double roles in Fan, Duplicate, and Paheli, among others.

Even before the teaser dropped, #Jawan was trending on Twitter from Friday morning. The clip brought in a massive 89K views within 15 minutes and delighted fans heaped praises on the teaser. One fan wrote, "The king is back to take his throne," while another said, "No one can beat SRK when he plays anti-hero." Another joyful viewer commented, "Bollywood is back."

Future projects
So, King Khan has 3 movies lined up for 2023!

The Baazigar actor has revitalized his fans through a slew of major announcements in rapid succession. In April 2022, he announced Dunki, his first-ever collaboration with Sanju director Rajkumar Hirani. The production for the film has already begun and it will arrive in theaters on December 22, 2023. Separately, he will also be seen in Pathaan, starring his Om Shanti Om co-actor Deepika Padukone.