'Sarfarosh 2' on cards, will be dedicated to CRPF personnel

The 1999 release Sarfarosh, starring Aamir Khan, Sonali Bendre, and Naseeruddin Shah, went on to become one of the most loved Bollywood movies. Now, the movie's director John Matthew Matthan has hinted he is thinking about a sequel and the new installment will be dedicated to Central Reserve Police Force (CRPF) personnel. *Hoshwalon Ko Khabar Kya starts playing in the background!*

The movie told the story of ACP Ajay Singh Rathod (Khan) who made it his life's goal to stop cross-border terrorism and expose those working with Pakistan. Upon release, the movie was both critically and commercially hailed. It went on to bag the National Film Award, a huge honor for Matthan as he reportedly spent seven years in research, pre-production, and production.

The new film deals with internal security of India

More than two decades after the success of his directorial debut, Matthan is now thinking about the sequel. At the center of this movie will be India's internal security problems and the CRPF, as its bravehearts are closely affected by it. Speaking about the upcoming movie, Matthan recently said, "It shows how India's security stands strong in spite of various problems."

He has already worked on the script five-six times

Mattan said he has worked on the script five-six times. "When I wrote the script, I looked at its criticism and kept it aside. After five to six months, I started writing it again and came across new potholes. This is actually the fifth script of Sarfarosh 2 which has been finalized," he said, adding that it's important to have friends who can criticize your work. 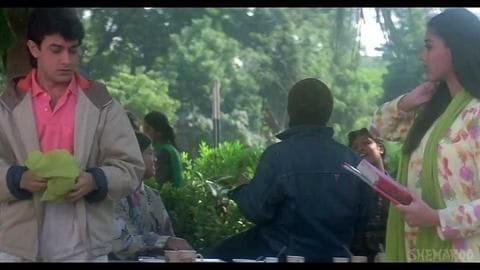 Matthan also spoke about what the soundtrack would be like. "The much-admired ghazal Hoshwalon ko khabar kya was significant as it conveyed a dual message. It threw light on the India-Pakistan situation, apart from adding to the love story. Now, when I make Sarfarosh 2, I may keep a lesser number of songs," he added. The iconic song was crooned by late singer Jagjit Singh.