Cupertino-based tech giant Apple has released software updates for all its major platforms including the iPhone, iPad, Apple Watch, Apple TV, and HomePod. iOS 14.5 brings crucial updates such as the ability to unlock your phone using an Apple Watch while wearing a mask. App Tracking Transparency that Facebook dreaded has also been rolled out with this update. Here are more details.

The iOS 14.5 update is available for the iPhone SE and newer models. Some of the highlights are 217 new emojis, an overhauled Podcasts app, support for Apple's new AirTag object tracker, and newer game controllers. Meanwhile, Siri no longer defaults to a female voice. Additionally, Siri will now learn your media player preferences for various content formats.

Besides being able to read out your text messages on AirPods, the Siri voice assistant can also be configured to announce the caller's name on any compatible audio device such as AirPods or Beats headphones when you get an incoming call.

The most important update to iOS is the inclusion of App Tracking Transparency. It mandates that app developers seek user consent before tracking their activity using Identifier for Advertising (IDFA) to deliver targeted ads across platforms. Facebook's business model is heavily reliant on ad revenue. The company previously ran full-page newspaper advertisements decrying this change while claiming how it would destroy small businesses.

iPhone 12 users running iOS 14.5 will also be able to enjoy dual-SIM 5G support, a feature that was available only in mainland China until now. The feature works by utilizing the phone's physical SIM slot and a digital eSIM.

As always, iPadOS 14.5 packs all the feature updates included in iOS 14.5. However, some changes remain iPad-specific such as a feature to search for emojis and a security option that mutes the microphone whenever the Smart Keyboard Folio is shut. Further, the loading screen with the Apple logo now displays correctly when the device is held in landscape orientation as well.

Apple also released macOS Big Sur version 11.3. The update packs optimizations for iOS applications on M1-powered devices, support for the latest PlayStation 5 and Xbox Series X controllers, and support for the recently-launched AirTag. The update also includes a new emoji set, an Autoplay option in Apple Music, and a new tab in Apple News+ with a dedicated "For You" selection. 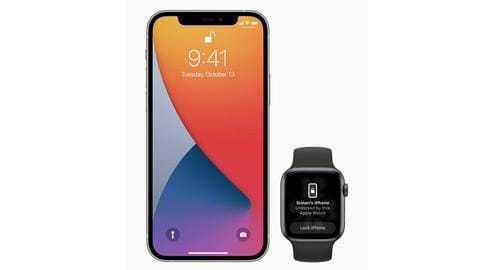 watchOS version 7.4 enables a new "Unlock With Apple Watch" feature so you don't need to take your mask off as Face ID unlocks your phone. Instead, if Face ID detects that you are wearing a mask, it will show a prompt on your Apple Watch that would unlock your phone. Additionally, the update lets Apple Fitness+ subscribers stream workouts directly to compatible devices.