Bullet trains to Moon and Mars? Japan has it covered 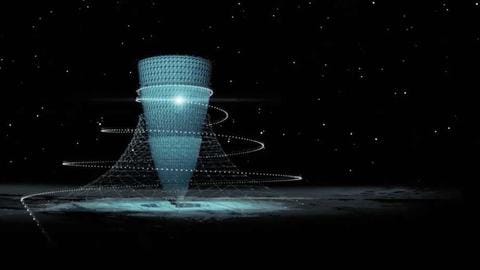 The Japanese are all set to revolutionize the space travel industry. Researchers at Kyoto University, in association with Kajima Construction, have revealed plans to build an artificial space colony with bullet trains that will connect Earth, Moon, and Mars. The interplanetary transportation system will be known as "Hexatrack" and the plans may take a century to come into fruition.

Context
Why does this story matter?
Accomodation
What will the space habitat be like?

The researchers have revealed plans to build a narrow champagne flute-shaped living structure called "The Glass." It will have water bodies, green areas, and public transportation options. The structure will use centrifugal force caused by the Moon and Mars' rotation to create artificial gravity equivalent to Earth. Researchers aim to build the prototype version of the structure by the middle of this century.

The Hexatrack will maintain a gravity of 1G during long-distance travel so that the impact of prolonged exposure to low gravity is reduced. The trains will have hexagon-shaped capsules called "Hexacapsules" with a moving device at the center. While Earth and Moon will be joined by a mini-capsule with a 15-meter radius, Moon and Mars will get a capsule with a 30-meter radius.

Mechanism
How will the trains work?

The space train will operate on a standard gauge track and will link the bases on Moon and Mars. Its front and last coaches will have rocket boosters attached to them in order to avoid the gravitational pull of planets. The boosters will also aid in accelerating and decelerating in space. It will also have wings that could be opened or closed.

Stations
The Martian train stop will be on Phobos