The Perseverance Rover rover was sent to Mars by the National Aeronautics and Space Administration (NASA). It was launched on July 30, 2020, from the Cape Canaveral Air Force Station in Florida. It successfully landed on the red planet on February 18, 2021. Its landing site is called the Jezero crater. The Perseverance Rover's mission objective is to seek signs of ancient life and collect samples of rock and Regolith (broken rock and soil) for a possible return to Earth via a manned mission in the future. The rover contains several technology demonstrations on-board including the Mars helicopter that successfully completed its 30-day demonstration phase and is now in the operations demo phase as of September 2021. The rover has also been sent to Mars to assess ancient habitability, scout for rocks known to preserve signs of life over time, and demonstrate technology for future robotic and human exploration on the red planet. Perseverance is expected to spend at least one Martian year (two Earth years) exploring its landing site. The mission is being managed for NASA's Science Mission Directorate in Washington D.C. by NASA's Jet Propulsion Laboratory of Caltech in Pasadena, California. 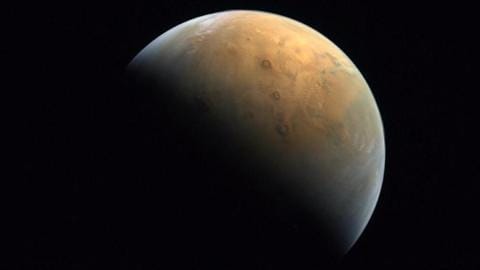 Shortly after realizing the dream of launching its own space station, China reportedly succeeded at its attempt to land the Zhurong lander on Mars on May 14 as a part of its Tianwen-1 mission. 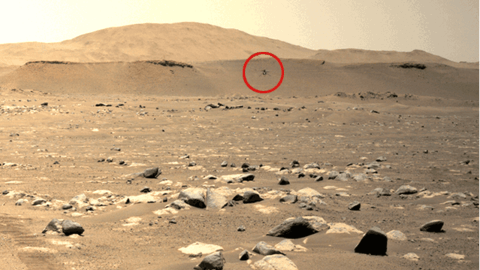 NASA's Perseverance rover Mars mission has been a resounding success so far, with both its technology demonstrations showing promise. 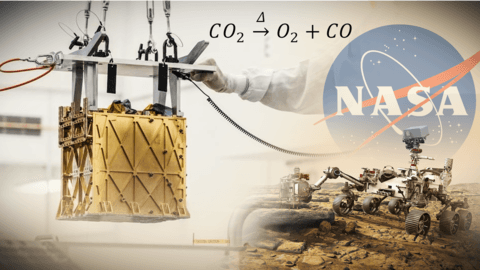 Besides the Ingenuity helicopter that took flight on Mars earlier this week, NASA had sent another proof of concept to the red planet. The device is called Mars Oxygen In-Situ Resource Utilization Experiment (MOXIE). 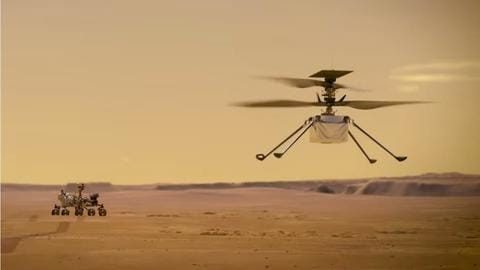 Ever since NASA successfully unsheathed the Ingenuity helicopter that accompanied its Perseverance rover to Mars, anticipation had been building for the helicopter's first flight. 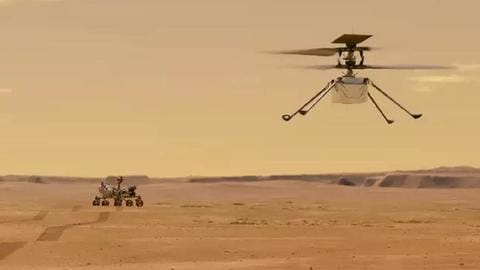 Over the weekend, NASA's Perseverance rover dropped the debris shield that protected the Ingenuity helicopter during the rover's historic landing on the red planet. 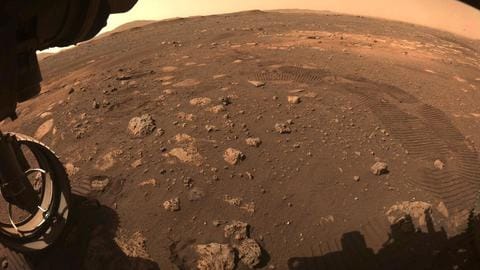 NASA has recently announced that its Perseverance rover successfully completed its first test drive on Mars. 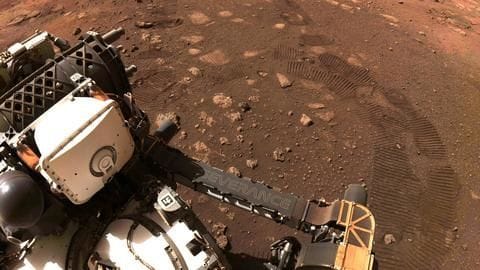 NASA's Perseverance Mars rover hit the dusty red road this week, putting 21 feet on the odometer in its first test drive. It ventured from its landing position, on Thursday, two weeks after landing, to seek signs of past life. 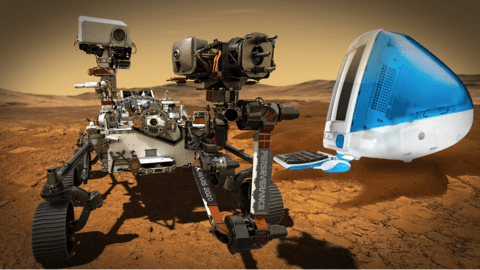 NASA's Perseverance rover, which is presently on Mars, is powered by the same IBM PowerPC processor found in the Apple iMacs from 1998. The processor is about 23 years old, and is painfully slow by modern standards. 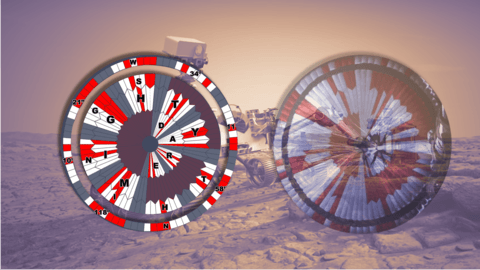 The parachute unfurled during the final descent of NASA's Perseverance rover had random pattern of red and white bands, on the face of it. NASA officials later said it contained an encoded message. 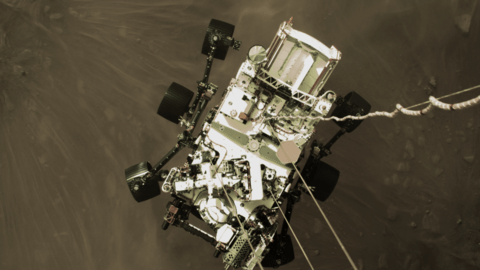 Yesterday, NASA's 2020 Perseverance rover relayed video and audio feeds from Mars. The rover had landed successfully on Mars' Jezero Crater on February 18. It has now sent footage of the landing and a brief audio recording of the sounds from the red planet. 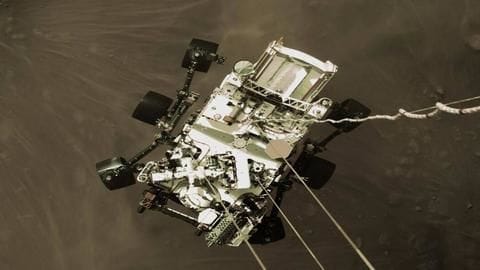 Technology
This photo of Mars rover's descent has NASA awestruck

The world got its first close-up look at a Mars landing on Friday, as NASA released a stunning picture of its newest rover being lowered onto the dusty red surface. 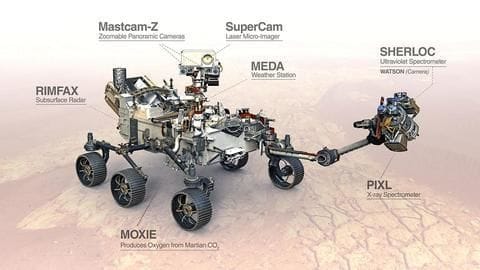 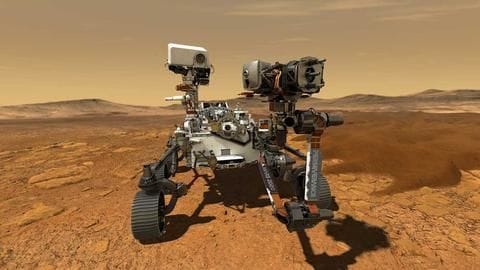