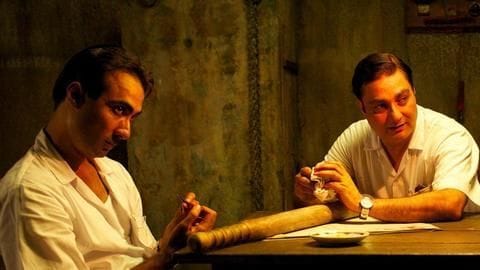 Makers dropped a trailer for the upcoming comedy show, Chalo Koi Baat Nahi, recently. Streaming on SonyLIV, the unique project will see the reunion of actors Ranvir Shorey and Vinay Pathak as co-hosts. This first-of-its-kind show will be six episodes long and present comedy sketches on serious issues that the common man faces daily with a satirical tone. Here's the trailer breakdown.

The one-minute-and-30-second clip is filled with snippets from upcoming sketches. The topics are diverse- from Kavita Kaushik urging people not to sit Indian style on a western toilet seat- to an administrator pointing out how the plan for a goods train goes straight through the national park. These kinds of slip-ups happen in real life but their absurdity will find prominence here.

The cast is stellar and we can expect brilliant performances. Apart from Kaushik, actors like Karan Wahi, Vibha Chibber, Suresh Menon, comedians Atul Khatri, and Abish Mathew, and social media influencers Kriti Vij and Ankush Bahuguna are associated with the project. Co-created by former All India Bakchod (AIB) member Gursimran Khamba and comic/writer Amit Tandon, the show has been directed by Sukriti Tyagi.

Now coming to the hosts, Shorey promises in the trailer that there will be "double the fun, triple the jokes, and quadruple the laughter," and we're sure much of that is to do with his electric chemistry with Pathak. The duo has given us shows/movies like House Arrest, Ranvir Vinay Aur Kaun?, Bheja Fry, OYE, Duniya Goal Hain, Cricket Crazy, and Khosla Ka Ghosla.

Information
Here's what went down with Gursimran Khamba

The series premieres digitally on August 20. For the unversed, Khamba and fellow AIB founder Tanmay Bhat had been embroiled in a sexual harassment case involving former AIB employee Utsav Chakraborty in 2018. While Bhat was removed from CEO's position, Khamba had withdrawn himself from an External Committee (EC) investigation, cutting his ties with the collective. Later, he set up a new venture, Light@27.