'Lord of the Rings' new trailer unveiled at Comic-Con 2022 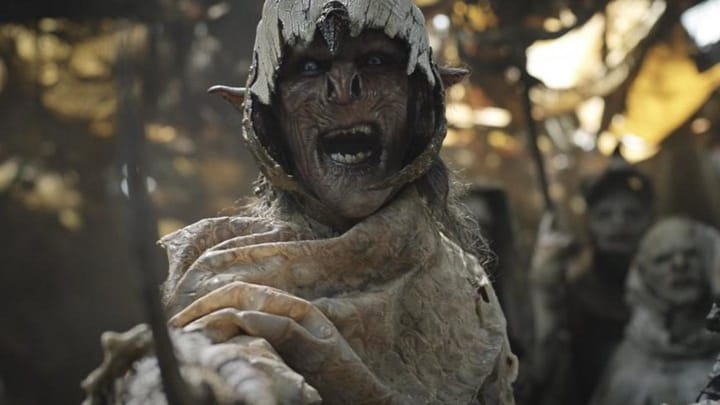 Amazon Prime Video's upcoming fantasy series Lord of the Rings: The Rings of Power unveiled its brand new trailer at Comic-Con, San Diego. The makers had dropped a teaser a few days ago, but it didn't give too much away. The trailer, in contrast, set the stage for what will transpire in the series. The first episode will premiere on September 2.

The intense trailer, over three-minute-long, devotes itself to highlighting Tolkein's classic characters, such as Sauron and Balrog. Digging deeper into the darkness the show will offer, we also catch a glimpse of the fantastic, majestic scale that the series has been mounted on. The clip hinted at the all-powerful Morgoth—the vicious villain capable of wreaking havoc who also serves as a mentor to Sauron.

What is the show all about?

The official synopsis of the show reads, "Beginning in a time of relative peace, the series follows an ensemble cast of characters, both familiar and new, as they confront the long-feared re-emergence of evil to Middle Earth." The makers have also promised to explore the story through various locations: the Misty Mountains, the elf-capital of Lindon, and the island kingdom of Numenor.

Know more about the fantasy series' cast and crew

The series is slated to have eight episodes, out of which four will be helmed by Wayne Yip and two each by JA Bayona and Charlotte Brandstrom. It will feature a large ensemble cast comprising Benjamin Walker, Peter Mullan, Nazanin Boniadi, Robert Aramayo, and Cynthia Addai-Robinson. Aaron Morton, Oscar Faura, and Alex Disenhof have helmed the cinematography while the music is by Howard Shore.