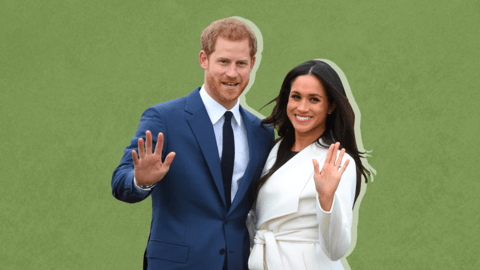 Another teaser of Oprah Winfrey's much-anticipated interview with Prince Harry and Meghan Markle has been released wherein the former actress was seen calling out the Royal family for "perpetuating falsehoods." In another separate clip, Winfrey was heard saying that "there is no subject that is off-limits" for the interview. The interview will air on March 7 on CBS. Here are more details.

In this article
What Meghan said

Markle spoke about things that have been lost

In the clip, Markle spoke about breaking ties with the Royal family. "I don't know how they could expect that after all this time, we would still just be silent if there is an active role that the firm is playing in perpetuating falsehoods about us. And if that comes with losing things, I mean there's a lot that's been lost already," she said.

The teaser was released after the Duchess of Sussex was accused of bullying staff members at Kensington Palace. It was alleged that she drove two staff members into quitting their jobs. Dismissing the allegations, the Sussexes released a statement saying, "The Duchess is saddened by this latest attack on her character, particularly as someone who has been the target of bullying herself."

The couple aren't working members of the Royal Family now

To recall, Harry and Markle quit their roles as senior working royals in March 2020; they now live in the United States. Winfrey's interview is the first time the couple will be talking about their decision and the new life, after snapping ties with the British Royal family. In one of the clips, Harry was heard saying, "My biggest concern was history repeating itself."

Not long ago, the couple announced Markle's second pregnancy

Last month, the couple announced that Markle is pregnant with their second child. "We can confirm that Archie is going to be a big brother. The Duke and Duchess of Sussex are overjoyed to be expecting their second child," a statement read. Archie was born in May 2019. Markle had gone through an unfortunate miscarriage in July 2020.