'Snowpiercer' Season-2 gets its antagonist in 'GoT' alum Sean Bean 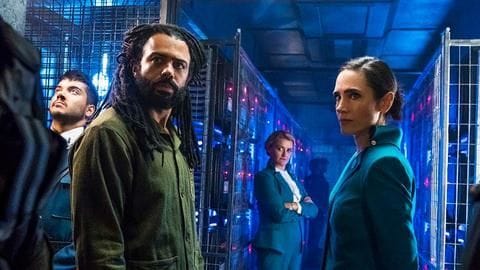 TNT is bringing another spine-chilling season of Snowpiercer. The trailer is out now and it hints at some major sacrifices to be made by survivors inside the Snowpiercer train. The series, which Netflix has the distribution rights of, is bringing in GoT alum Sean Bean in the role of Mr. Wilford. The second season premiers on January 25. Let's learn more about the franchise.

It started with the French graphic novel titled Le Transperceneige, released in 1982. The book, written by Jacques Lob and illustrated by Jean-Marc Rochette, has two follow-ups written by Benjamin Legrand and the final part, Terminus, a 2015 release by Olivier Bocquet. Director Bong Joon-Ho adapted the first book into a sci-fi film starring Chris Evans, called Snowpiercer, which released in 2013.

The film essayed the struggle of human beings surviving extinction after a climate engineering attempt to control global warming nosedived and created a Snowball Earth. The only thing that remains alive is the massive train titled Snowpiercer, on the run, carrying the remaining human beings, who still struggle through financial stratification and inhabit the train accordingly. Class struggle and apocalypse make the film interesting.

The film has received a generally positive rating, with 94% of Rotten Tomatoes critics giving it a cumulative 8.1/10. This spawned a reboot of the film with a TNT series having two seasons, while Netflix distributes the rights to it worldwide. The first season of this dystopian fiction premiered on TNT in May 2020, starring Jennifer Connelly as Melanie and Daveed Diggs as Layton.

The first season starts off with events transpiring seven years after the failed experiment froze the world. The season gave a layered approach to life inside Mr. Wilford's train, powered by "Engine Eternal," which must run to remain active forever. Mr. Wilford was never seen in the first season but makes a formidable appearance in the second, seemingly turning lives upside down on the train.