Home / News / Entertainment News / 'The Staircase' trailer: 'The Petersons are crazy' or are they?
Entertainment

'The Staircase' trailer: 'The Petersons are crazy' or are they? 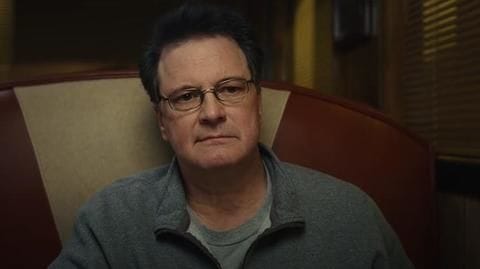 The trailer for The Staircase is out! Starring Academy Award winner Colin Firth and Golden Globe Award recipient Toni Collette, the limited series is slated to hit the streaming platform HBO Max on May 5 this year. The true crime drama streaming television miniseries is based on the trial of American crime novelist Michael Peterson, who was convicted of murdering his wife, Kathleen Peterson.

The 3:09-minute-long trailer starts with Firth saying, "I think there are not many families like us." As it's being spoken, visuals of Firth smirking, Collette dancing at a party and her slapping on the table hard in anger are shown to us and we understand that the opening dialogue was a sarcasm. Then, Kathleen (Collette) suddenly dies by falling off from the stairs apparently.

The obvious conclusion of the death being an accident gets negated when doctors find "35 cuts and bruises and seven deep lacerations to the scalp." The husband becomes the main suspect, which leaves the family divided. In real life, the case was a high-profile one as Michael Peterson (Firth) was a Marine Corps veteran, columnist, novelist, and a mayoral candidate.

Besides the aforementioned actors, the series co-stars Michael Stuhlbarg, Juliette Binoche, Patrick Schwarzenegger, Sophie Turner, Vincent Vermignon, and Odessa Young, among others. The series has been co-produced by HBO Max and Annapurna Television. Antonio Campos and Maggie Cohn are its creators and writers. The first three episodes will get released on May 5, with the rest five arriving on a weekly basis.