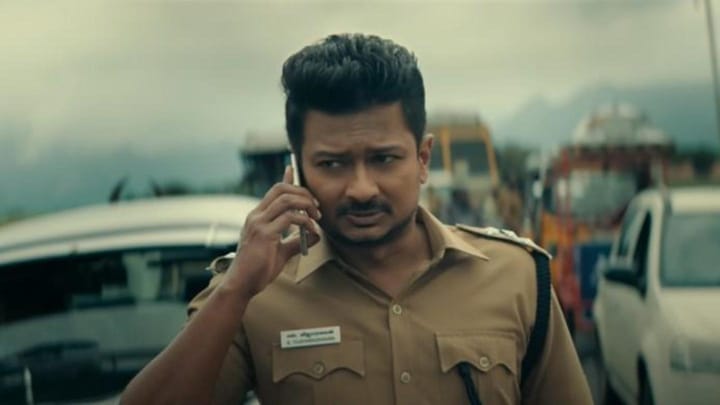 The trailer for Nenjuku Needhi has garnered massive response having clocked over 25 lakh views since its release on May 9. Directed by Arunraja Kamaraj, the Tamil film stars actor and politician Udhayanidhi Stalin in the lead role. A remake of Article 15, helmed by Anubhav Sinha and starring Ayushmann Khurranna, Nenjuku Needhi (meaning Justice for the Heart) will also deal with caste-based crimes.

The trailer had started with a strong dialogue that said if everyone is equal who'd be the king? A couple of lines indicated caste discrimination and we were also shown a statue of social reformer Dr BR Ambedkar. The trailer almost had revealed the film's plot but it at least showed that the upcoming movie will be a faithful remake of the Bollywood film.

'Nenjukku Needhi' is gearing up for release on May 20

Besides Stalin, the film features a host of talents including Mayilsamy, Bigg Boss-fame Aari Arjunan, Suresh Chakravarthy, Shivani Rajasekhar, Sayaji Shinde, and Ilavarasan to name a few. Dhibu Ninan Thomas has composed music for the film, while Ruben is the editor and Dinesh Krishnan has cranked the camera. Boney Kapoor has produced the film along with Zee Studios. It's getting released on May 20.

Article 15 had released in 2019 and received critical acclaim with praise directed toward performances, direction, script, and the matured way of handling the sensitive subject matter. In the Indian Constitution, Article 15 prohibits discrimination on the basis of religion, race, caste, sex or birthplace, and hence makers had chosen this title. The film showed several real life caste-based crimes that occurred in India.