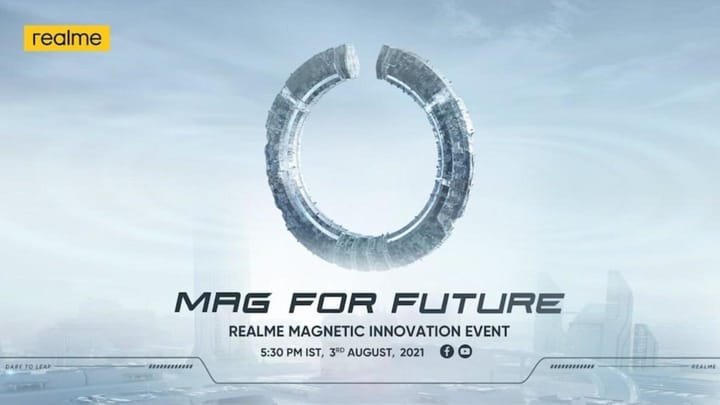 Realme is all set to showcase its magnetic wireless charging technology, called MagDart, tomorrow i.e. August 3. This technology will debut on the Realme Flash smartphone. In the latest development, XDA Developers has shared a demo video of the MagDart charging solution. According to the video, the magnetic charger takes around three minutes to top-up the Flash smartphone from 18% to 25%.

MagDart will offer up to 35W wireless fast-charging support

A separate screenshot has further revealed that the battery current is rated at 4.4A and the voltage is around 4V. Since the Realme Flash will pack a dual-cell battery, this means that the MagDart will deliver up to 35W power to the handset.

The phone will have a 120Hz AMOLED display

Coming to the smartphone, the Realme Flash will feature a punch-hole cut-out with slim bezels, curved edges, and an in-display fingerprint sensor. On the rear, it will have a triple camera setup. The handset is said to bear a 6.43-inch Full-HD+ (1080x2400 pixels) AMOLED screen with an aspect ratio of 20:9, a 120Hz refresh rate, and a pixel density of 409ppi.

It will sport a 64MP main camera

It will be backed by a Snapdragon 888 chipset

The Realme Flash will be powered by a Snapdragon 888 processor, combined with 12GB of RAM and 256GB of storage. It will run on Android 11-based Realme UI 2.0 and pack a 5,000mAh battery with 65W wired and MagDart magnetic wireless fast-charging support. For connectivity, the device should offer support for Wi-Fi 6, Bluetooth 5.2, GPS, 5G, and a Type-C port.

Realme will announce the official pricing and availability details of the Flash smartphone and the MagDart charger at the time of the launch, which will take place tomorrow at 5:30pm in India. However, considering the specifications, the handset is likely to cost around Rs. 40,000.