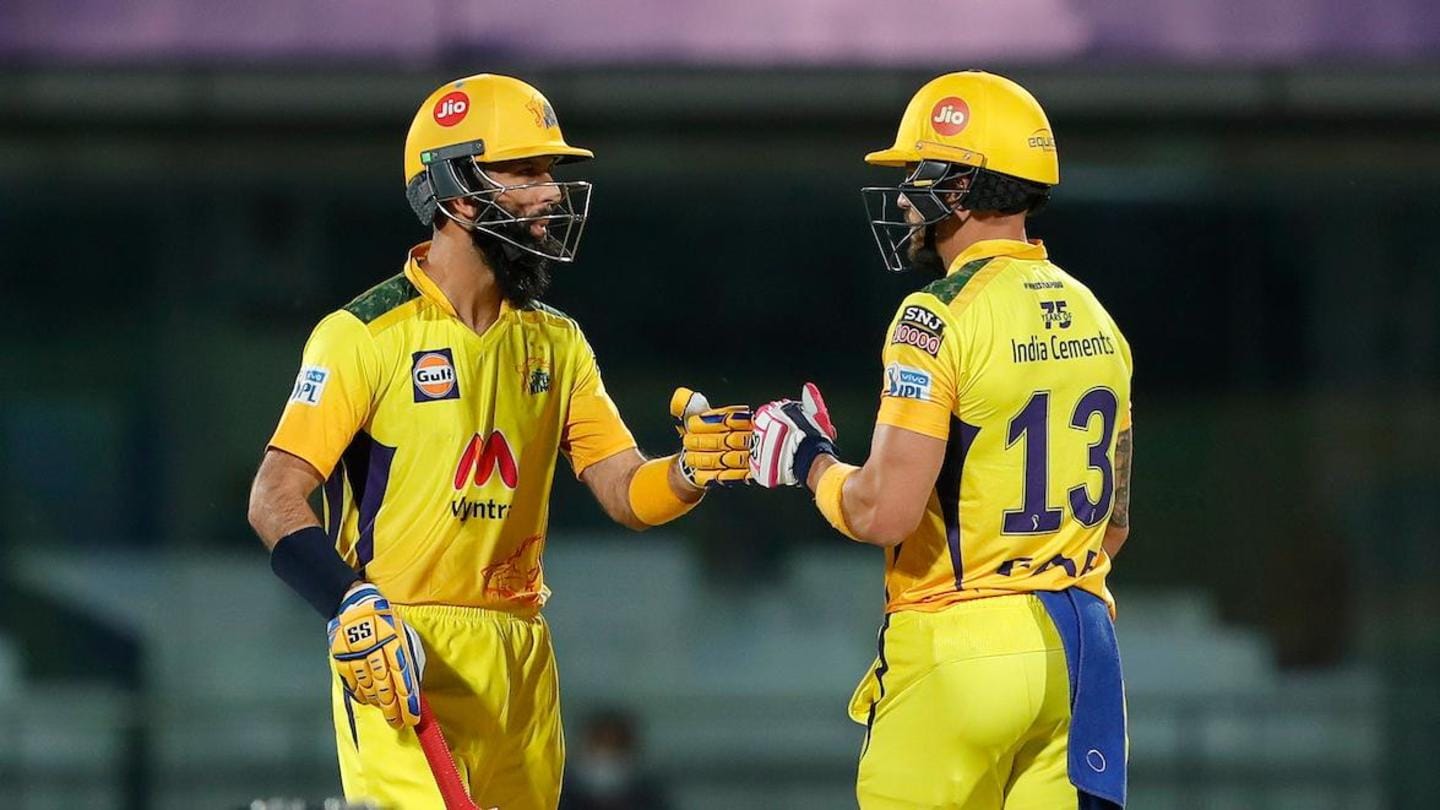 Mumbai Indians fought back with the ball for a brief period before Chennai Super Kings took charge to post 218/4 in match number 27 of the Indian Premier League (IPL) 2021 season on Saturday.

Ambati Rayudu helped CSK get past 200. 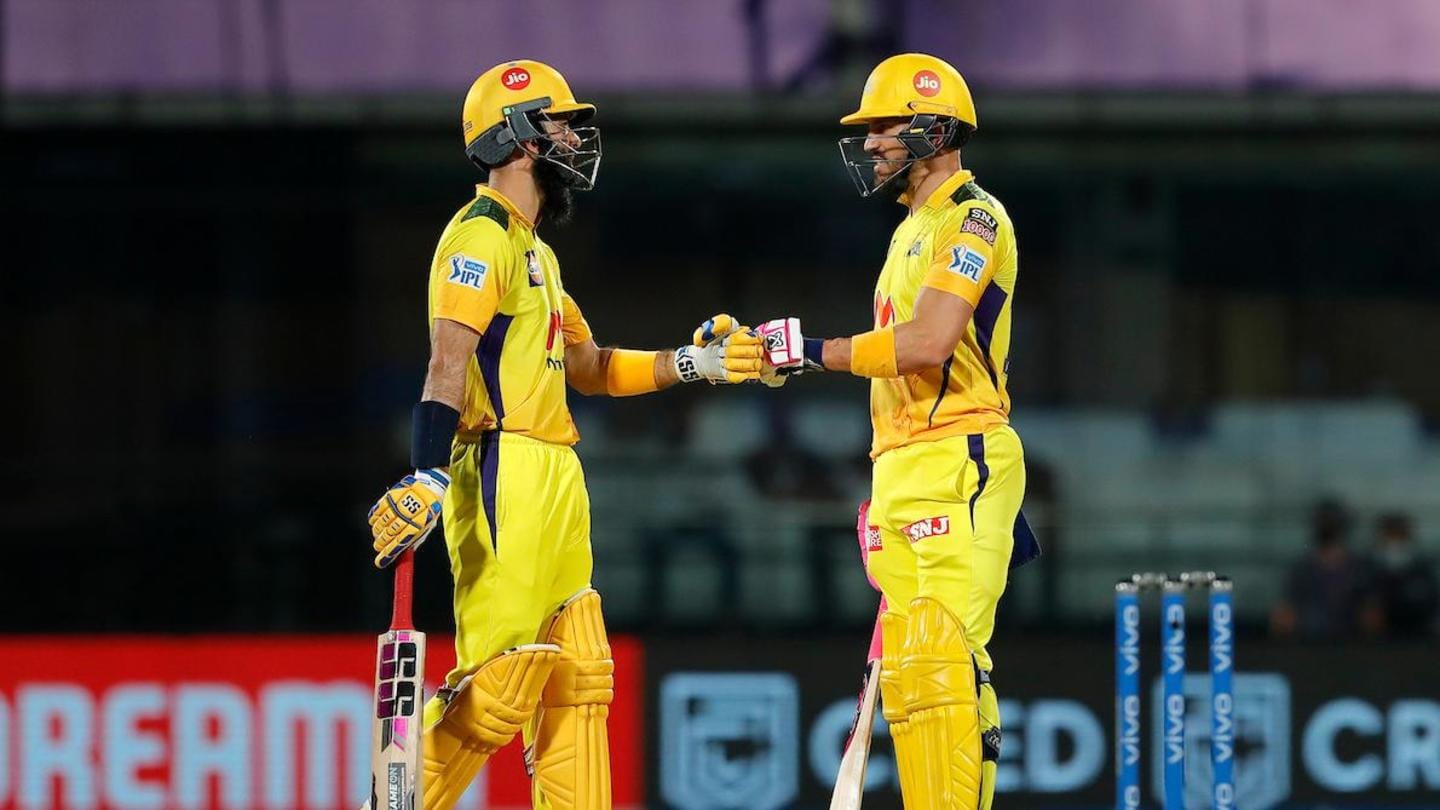 CSK lost an in-form Ruturaj Gaikwad (4) in the first over of the game.

Trent Boult dismissed the batsman with a productive in-swinger.

From there on, Faf du Plessis and Moeen Ali batted well to help CSK end on 49/1.

Brilliant Faf stands out for CSK once again Veteran batsman Faf was superb with the bat once again for CSK.

He slammed two fours and four sixes and enjoyed a strike rate of 178.57.

Moeen proves his mettle once again CSK took a bargain on Moeen by getting him for a big sum in the IPL 2021 Auction and things have worked.

He came in and looked comfortable.

After smashing Jimmy Neesham for three boundaries in the 10th over, Moeen was dismissed of a short ball by Jasprit Bumrah in the 11th.

MI hit back after Faf and Moeen go well Faf and Moeen added 108 runs for the second wicket.

The two batsmen were dismissed in a quick span of time before Suresh Raina came in and departed as well.

CSK maximize in the death overs

CSK had a lean period after those wickets fell before Ambati Rayudu took charge. The senior batsman smashed a 20-ball fifty.. Notably, Bumrah was smashed for 21 in the 17th over. Trent Boult also conceded 20 in the 18th. CSK managed 82 in five overs.