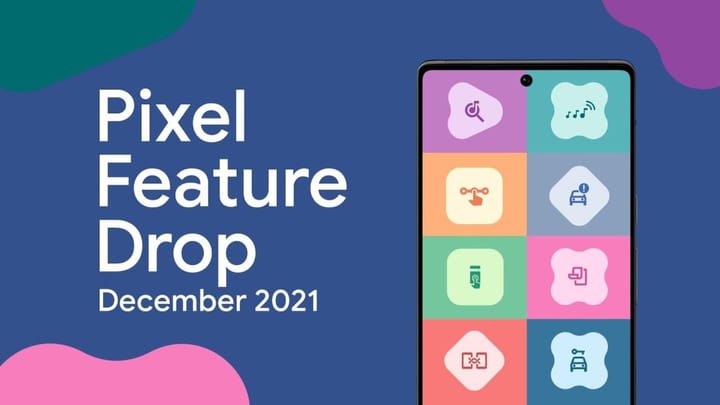 Google has released its December update for the Pixel 6 series. As per the changelog, the firmware brings in the latest security fixes along with the new Feature Drop, which offers functions like Digital Car Key, Quick Tap to Snap, and improved Nearby Share, among others. The roll-out has started today and will take a few days to reach all the units.

Everything to know about the Feature Drop

Google's December Feature Drop puts Snapchat on the device's lock screen with "Quick Tap to Snap." It also adds a Pixel-exclusive lens called Pixel Face. Other important additions include Digital Car Key functionality for select 2020-2022 BMW models and Car Crash Detection function that can help detect if you have met an accident and share your location details with emergency responders.

The phones have an AMOLED display

Coming to their specifications, the Pixel 6 lineup has a punch-hole design, an aluminium frame, an IP68 rating for dust and water resistance, and an in-display fingerprint reader. The vanilla Pixel 6 bears a 6.4-inch AMOLED screen with a Full-HD+ (1080x2400 pixels) resolution and a 90Hz refresh rate. The Pro model flaunts a 6.7-inch QHD+ (1440x3120 pixels) AMOLED display with a 120Hz refresh rate.

They boast a 50MP main camera

They are backed by a custom Tensor chipset

The Pixel 6 and Pixel 6 Pro draw power from Google's in-house Tensor processor, combined with up to 12GB of RAM and up to 512GB of internal storage. They run on Android 12 OS and house a 4,614mAh and 5,003mAh battery, respectively, with 30W fast-charging support. For connectivity, the duo offers support for Wi-Fi 6E, Bluetooth 5.2, NFC, GPS, 5G, and a Type-C port.