China will launch first probe to study Sun this October 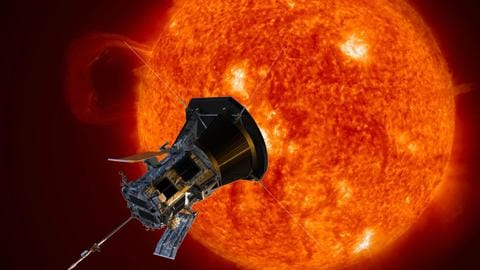 China will launch its first solar probe in October this year. The announcement was done by the National Center for Space Science. Called Advanced Space-based Solar Observatory (ASO-S), the project will study the relationship between the solar magnetic field, coronal mass ejections (CMEs), and flares. It will have a lifespan of around four years and shall share its data worldwide.

Context
Why does this story matter?
Functionality
It will operate at an altitude of 720km

The ASO-S will weigh 888kg and shall be launched from the Jiuquan Satellite Launch Centre in the Gobi Desert, via a Long March 2D rocket. It will complete one sun-synchronous orbit every 90 minutes at an altitude of 720km. Post entering orbit, the observatory will generate roughly 500GB of data on a daily basis. This information will be available to users across the world.

Activity
Solar storms will peak around 2025

The ASO-S will get three scientific instruments, including a Lyman-alpha Solar Telescope, a Full-disk Vector MagnetoGraph, and a Hard X-ray Imager. Scientists believe that the observatory will make a detailed record of the increasing number of spots and storms on the Sun, as it nears the solar maximum (a period of high solar activity that should peak around 2025).

Information
The ASO-S will be renamed soon

The ASO-S solar observatory will be renamed in the near future. A competition to find its new name is going on among players of the Celestial Empire online game till July 24.