The 2021 instalment of the annual Google I/O conference had the distinction of focusing on software announcements, with hardware launches being conspicuously absent. However, the software front had a lot to offer with anticipated upgrades to Android and Wear OS, along with some pleasant surprises ranging across AI, imaging, video conferencing, and telecommuting solutions. Here are noteworthy announcements from the event.

Google announced the public beta roll-out of Android 12, which incorporates the smartphone OS' most significant UI redesign since 2014. Dubbed as Material You, the UI overhaul features major revision to widgets while also changing virtually every UI menu, layer, and stock apps. The OS also comes with new privacy features, which include a separate privacy dashboard to keep up with iOS 14.5.

Additionally, Google has joined forces with Samsung to combine their Wear OS and Tizen wearable operating systems into Wear. The consolidation of platforms is expected to make life easier for developers to make better apps, while the new wearable OS itself promises faster apps, longer battery life, and always-on heart monitoring. Google-owned Fitbit is also expected to release Wear-based fitness devices this fall.

Google had been working on Project Starline in secret for several years according to CEO Sundar Pichai. Think of it as an amalgamation of VR and teleconferencing to create realistic 3D depictions of people. It's an experimental hardware-software system leveraging computer science wizardry alongside high resolution cameras and depth sensors to create a real time 3D model of people for immersive video conferencing.

Further, Google will launch its answer to Apple's CarKey in Fall 2021. Google's digital car keys will leverage NFC and UWB (ultra wideband) technologies to allow your phone to authenticate and unlock supported cars. Meanwhile, a host of features are also coming to Google's password manager, the most significant change being deeper password integration allowing you to change website passwords from the password manager.

Google is also doubling down on telecommuting with a nifty addition to Workspaces. Smart Canvas is a blend of Google Sheets and Docs, with a sprinkling of task management built into it. Quite logically, Google Meet is also interwoven into the mix, so you can soon use the tool to work collaboratively on documents, spreadsheets, or presentation slides.

Google's LaMDA conversational technology is an experimental feature, but it consolidates the company's deep learning and AI know-how into a language model that is designed to help people glean information without requiring input devices. The pre-recorded demo looked impressive and showcased how you could, say, ask it to take you to a specific part of a YouTube video just by describing it in English.

The Google Photos app feature set is also being expanded with a nifty new AI-enabled feature that can create brief animations from just two still shots. That will most likely be another feature it can paywall to make Google One subscription attractive. The app will also allow you to keep your private photos inside a separate password protected folder, thereby adding another security layer. 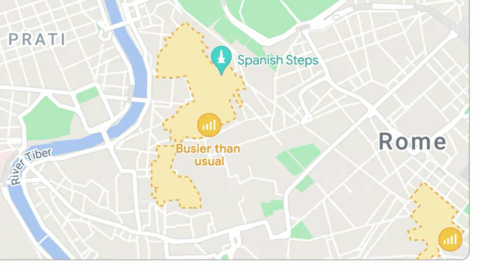 Google Maps bets on AI to enhance Live View feature with an augmented reality integration allowing you to interact with businesses and glean more information from your immediate surroundings. As visits to doctors get riskier, Google is allowing you to turn your smartphone into a medical assistant. New AI-enabled camera enhancement allows you to identify skin conditions and screen for tuberculosis.