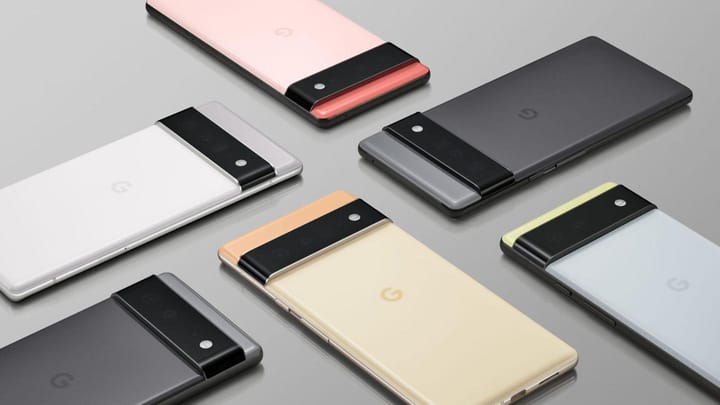 Google is gearing up to launch its Pixel 6 and 6 Pro smartphones in the coming weeks. Now, for the first time, the tech giant has briefly revealed the devices in a non-rendered manner via a 30-second promotional video with the tagline "For All You Are." The teaser showcases the design of the handsets, some Android 12 elements, and the new Tensor chipset.

The phones will flaunt an AMOLED display

The Pixel 6 and 6 Pro will have a punch-hole design, a dual-tone rear panel, and an in-display fingerprint sensor. The former will bear a 90Hz, 6.4-inch Full-HD+ AMOLED display, while the latter will have a 120Hz, 6.7-inch QHD+ AMOLED screen. The Pixel 6 will come in at least Orange and Green/Teal colors, while 6 Pro will be offered in White and Gold shades.

They will feature a 50MP main camera

The Google Pixel 6 will sport a dual rear camera unit comprising a 50MP main snapper and a 12MP ultra-wide lens. The Pixel 6 Pro will be equipped with a similar camera module but with an additional 48MP telephoto lens with 4x optical zoom support. For selfies and video calling, they might have a 12MP front-facing camera.

They will provide 33W fast-charging support

The Google Pixel 6 and 6 Pro will draw power from an in-house Tensor chipset, combined with up to 12GB of RAM and up to 512GB of storage. The former will pack a 4,614mAh battery, whereas the latter will house a 5,000mAh battery. The duo will support 33W fast-charging, boot Android 12 OS, and will offer Wi-Fi 6 as well as 5G connectivity.

The official pricing and availability details of the Pixel 6 series will be announced at the time of the launch, which is expected to take place in October. However, considering the specifications, the line-up may start at around Rs. 70,000. As per a leak, the devices will be available for pre-orders from October 19 onward and shipping will start October 28.