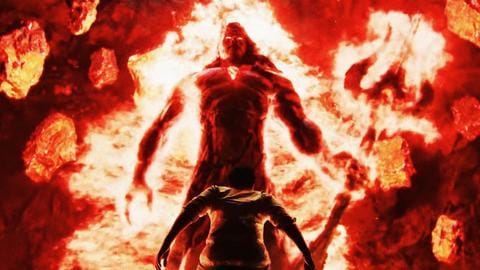 It has finally arrived! A fortnight after dropping an intriguing teaser, the makers of Ayan Mukerji's magnum opus Brahmastra have now released its highly anticipated trailer. After repeated delays, the project will be finally seeing the light on September 9. Brahmastra boasts an impressive ensemble comprising Amitabh Bachchan, Alia Bhatt, Nagarjuna Akkineni, Mouni Roy, and Ranbir Kapoor. Here's a trailer breakdown.

Context
Why does this story matter?
Trailer
VFX, CGI take front seat in the clip

The 2:52-long-teaser begins with Amitabh Bachchan's baritone, who lays the groundwork for the story and introduces us to the plot. VFX and CGI take the front seat and the mythological inspirations are evident in the way the life elements: fire, wind, and water are introduced. We also see heart-melting scenes between the lead pair, while Arijit Singh's Kesariya heightens the background novelty.

The jaw-dropping trailer is a cinematic spectacle, indeed worth the wait. Masterfully, it contrasts a mythological setting with the mortal world, in what seems like a crossroads situation for Shiva (Ranbir Kapoor). Soaked in mythology, it also provides us a better look at Roy's villainous avatar. Exactly like the teaser, the color palettes grab eyeballs with distinctively bright shades of blue, golden, and red.

Naturally, fans are over the moon with the trailer and #BrahmastraTrailer has been dominating Twitter since Tuesday night. Particularly, the beloved Bollywood couple's stans can't keep calm. One fan wrote, "One word for the trailer: Goosebumps!" while another word said, "Damnn! It looks like a Marvel movie." Another excited fan has termed it "the revival of Indian cinema." It sure looks like that!