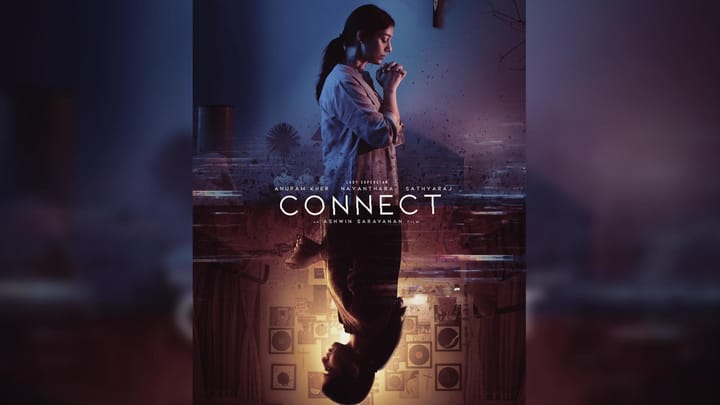 Ahead of its theatrical release on December 22, the makers of "Lady Superstar" Nayanthara's upcoming horror-thriller film Connect have unveiled the movie's trailer. The movie was announced in 2021 and is finally gearing up for release. In accordance with the genre of the movie, the trailer was unveiled at midnight. The tagline read, "The Devil doesn't leave quietly." Here's a trailer breakdown.

The 2:22-minute-long trailer reveals that the film will be set against the backdrop of the nationwide lockdown imposed in March 2020. There are strikingly different tones in the clip, alternating between serenity and instant terror. We also see Anupam Kher as an exorcist, while another woman, perhaps a paranormal expert, tries to develop a "connect" with a deceased spirit. Connect will have no intermission!

Second collaboration between the actor and director

Connect is directed by Ashwin Saravanan, who earned acclaim for the thriller Game Over. It marks the second outing of the actor-director duo as he previously helmed Nayanthara's Maya. Nayanthara and Vignesh Shivan are bankrolling the project under their production banner Rowdy Pictures. It's Nayanthara's fifth release of the year. Connect is reportedly the first Tamil film to be released without an intermission.

Here's all you need to know about the cast, crew

Apart from Nayanthara, Connect stars Kher, Sathyaraj, Vinay Rai, and Haniya Nafisa in important roles. Manikantan Krishnamachary is the film's director of photography, Richard Kevin is the editor, and Prithvi Chandrasekhar composed the thriller's music. Earlier in November, the makers released a short teaser of the movie on Nayanthara's 38th birthday, which was received well by both fans and critics.

Nayanthara will step into Bollywood next year

Apart from her work in South Indian cinema, Nayanthara is also gearing up for her Bollywood debut. She will be seen opposite Shah Rukh Khan in Jawan, which will release on June 2, 2023. It will feature music by Anirudh Ravichander. The film also stars Vijay Sethupathi, Yogi Babu, and Priya Mani. Thalapathy Vijay and Deepika Padukone are also rumored to have cameos.