Google launched its Pixel 6 series globally this week with a range of new AI-based camera and editing features. Now, a hands-on video showing off Google's Magic Eraser tool has popped up, hinting that Pixel 6 owners might not need Photoshop after all. Similar to Photoshop's Healing Brush, the Magic Eraser removes "distractions" or background objects from photos but just with a few taps.

First, take a look at the hands-on demo video

It's hard to believe just how good Pixel 6's new Magic Eraser feature is with people in the background of your image.

How to use the Magic Eraser tool on Pixel 6?

Open the Google Photos app and select the photo you want to edit. Now, tap the Edit option and select Magic Eraser. The tool will detect and outline the objects (potential distractions) to remove. You can either tap Erase All or select individual objects. In case it does not select the object of your choice, you can manually circle the element to erase it. 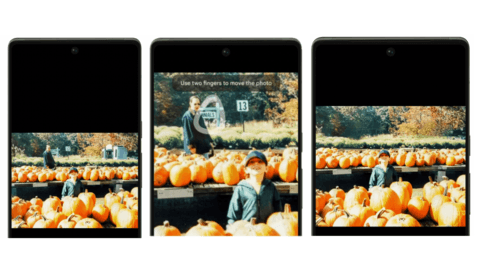 Once you circle out the element to be removed, Magic Eraser uses machine learning to figure out what exactly you are trying to remove and then predicts what the pixels would look like if the distraction was not there. The Magic Eraser is said to build up on a suite of editing features like sky photos and smart suggestions for portraits, among others.

Apart from the Magic Eraser, the Google Pixel 6 and Pixel 6 Pro have a range of interesting camera and editing features like the Face Unblur and the Motion Mode, which is touted to bring movement to your shots with the use of options like Action Pan and Long Exposure. Meanwhile, the Real Tone function provides accurate imagery of different skin tones.

To recall, the phones have an AMOLED display

They run on Android 12 operating system

The Google Pixel 6 and Pixel 6 Pro are powered by a Tensor chipset, paired with up to 12GB of RAM and up to 512GB of storage. The former houses a 4,614mAh battery, whereas the latter packs a 5,003mAh battery. The duo offers 30W wired and up to 23W wireless fast-charging support. They boot Android 12 and provide support for the latest connectivity options.