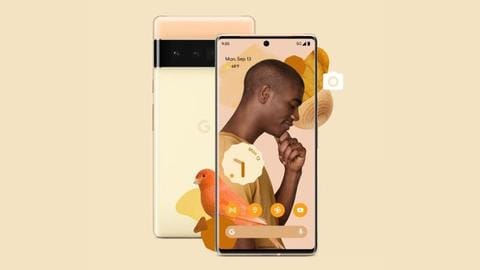 Google is expected to launch the Pixel 6 and Pixel 6 Pro smartphones later this month. Now, YouTube Channel This is Tech Today has shared a hands-on video of the Pro model, revealing its slightly curved display and other design elements. The clip also shows some photos and videos captured from the main, ultra-wide, and telephoto lenses of the 6 Pro. Here's our roundup.

The phone will have a QHD+ AMOLED display

The Google Pixel 6 Pro will feature a punch-hole design with slim bezels, curved edges, an aluminium frame, and an IP68-rated build quality for dust and water resistance. The handset will bear a 6.71-inch QHD+ (1440x3120 pixels) AMOLED screen with a 120Hz refresh rate and HDR10+ support. On the rear, it will sport a dual-tone color scheme and a horizontally-aligned camera island.

It will be equipped with a 50MP main camera

The Google Pixel 6 Pro will come with a triple rear camera setup comprising a 50MP primary snapper, a 12MP ultra-wide lens, and a 48MP telephoto sensor with 4x optical zoom support. For selfies and video calling, there will be a 12MP front-facing camera.

It will draw power from Google's Tensor chipset

The Google Pixel 6 Pro will be powered by an in-house Tensor chipset, paired with up to 12GB of RAM and up to 512GB of storage. Under the hood, it will run on Android 12 OS and pack a 5,000mAh battery with 33W fast-charging support. For connectivity, the device will offer support for Wi-Fi 6, Bluetooth 5.2, GPS, NFC, 5G, and a Type-C port.

Bookings for the Triumph Tiger Sport 660 open in India

India vs NZ: Hosts on top despite losing Saha, Ashwin

Google Pixel 6a will be powered by Tensor SoC

OPPO's first-ever tablet to debut in India early next year

This how the Google Pixel 6a will look like