Diana Penty is an Indian actress and model who predominantly works in the Bollywood film industry. She was born on November 2, 1985, in Mumbai and completed her graduation in Mass media from Mumbai’s St. Xavier’s College. During her college days, Penty started working part-time as a fashion model. She had sent her photographs to Elite Models India who really liked her work and asked her to take up modeling assignments. Penty officially began to work with Elite Models India in 2005. She made her runway debut at the Indo-Italian Festival for the Italian designers Gianfranco Ferre and Nicola Trussardi. Following this, she worked with popular Indian designers like Rina Dhaka, Rohit Bal, and Wendell Rodricks. She has appeared in print campaigns of several known brands like Westside, Parachute, and Tribhovandas Bhimji Zaveri. She has also endorsed international brands like Forever 21, Garnier, and Maybelline. In 2012, she made her Bollywood debut in the romantic comedy-drama film ‘Cocktail.’ After this, she went on to act in films like ‘Happy Bhag Jayegi,’ ‘Lucknow Central,’ ‘Parmanu: The Story of Pokhran,’ and ‘Shiddat.’ We knew that Akshay Kumar and Emraan Hashmi were collaborating on the comedy-drama, Selfiee. There is finally some update about Salute. The makers of Nawazuddin Siddiqui's upcoming film Adbhut have confirmed that the movie has hit the floors this month, as was planned. Actors Nawazuddin Siddiqui and Diana Penty have been roped in for a supernatural thriller to be directed by Sabbir Khan. Ahead of its October 1 release on Disney+ Hotstar, makers of Shiddat dropped its title track today. Lifestyle
Diana Penty's five amazing outfits that you should try

Diana Penty is one of the most pleasant faces in the film industry. There is nothing demeaning about making or watching feel-good cinema. Indian actresses have been making quite a splash on the red carpet of Cannes film festival. Several Bollywood actresses are now in talks with their stylists, nutritionists and gym instructors, because they have a red carpet to grace soon. Actors Sidharth Malhotra and Diana Penty were supposed to be the showstoppers at a recent Rohit Bal fashion show, but it was a fashionable stray dog that actually stole the show. If there is something which the trailer of 'Happy Phirr Bhag Jaayegi' has told us, it is this- Jimmy Shergill is the star who will carry this movie on his shoulder. Not that the other actors are any less, it's just that Shergill shines. Entertainment
You're not seen around, film industry forgets you: Diana Penty

Actor Diana Penty says it is a constant battle for her between giving into the temptation of doing more movies to stay visible or signing projects she genuinely believes in. Entertainment
Check out the day one collection of John Abraham's 'Parmanu'

John Abraham and Diana Penty starrer 'Parmanu: The Story Of Pokhran' has taken a decent start at the box office. 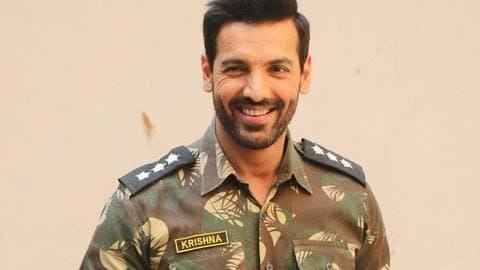 The elongated legal battle for the ownership of 'Parmanu - The Story Of Pokhran' has finally concluded. The battle for the ownership of 'Parmanu - The Story Of Pokhran' has finally come to an end as John Abraham's JA Entertainment and Prernaa Arora's KriArj Entertainment have reportedly reached an agreement. The battle for the ownership of upcoming 'Parmanu - The Story Of Pokhran' has taken another sour turn. 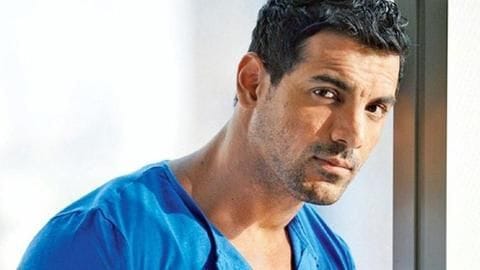 In the latest development in the ongoing tussle for the ownership of 'Parmanu - The Story Of Pokhran', an FIR has been filed against John and his production company, JA Entertainment on the basis of a complaint by Prernaa Arora's KriArj Entertainment. Entertainment
John's 'Parmanu' to now clash with Bachchan's '102 Not Out'

Even as John Abraham continues his legal battle against Prernaa Arora of KriArj Entertainment, the actor has announced the release date of 'Parmanu: The Story Of Pokhran' as he doesn't want the film to suffer anymore. John Abraham, last seen in 'Force 2' in 2016, has been occupied with his ambitious next 'Parmanu - The Story Of Pokhran' for quite a while now. Yatra.com has roped in Ranbir Kapoor as their new brand ambassador. CMO Vikrant Mudaliar said: "Yatra is bursting with new ideas, and we wanted our ambassador to exude similar qualities. Ranbir appeals to all age groups and demographics and we are excited about using him in our communication."