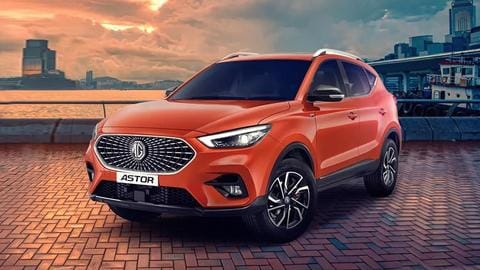 MG Motor has increased the prices of the Astor in India by Rs. 10,000 for the entire range. This happens to be the second hike for the model in recent months. 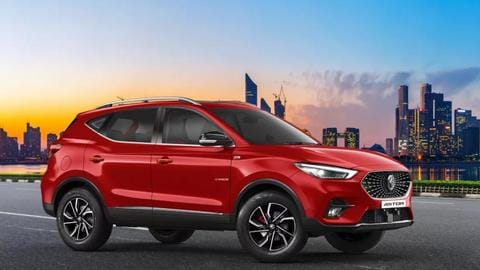 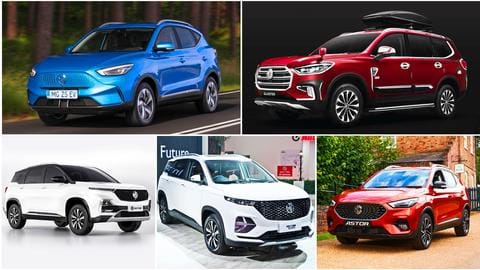 It is the beginning of the year and automobile companies have already started hiking the prices of their cars in India. MG Motor is also among the many brands that have made their offerings costlier. 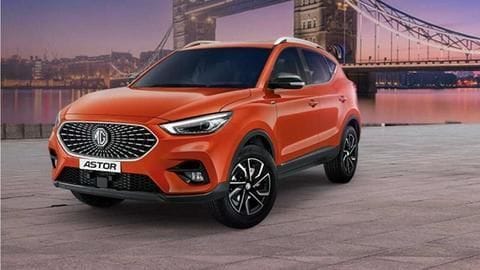 MG Motor has begun delivering the Astor SUV in India and over 500 units have reached the owners on the day of Dhanteras. 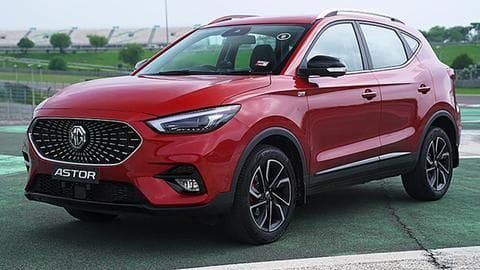 SUVs are ideal for those seeking a balance between comfort and performance. They sell like hot cakes in India and both the MG Astor as well as Hyundai CRETA are great choices. 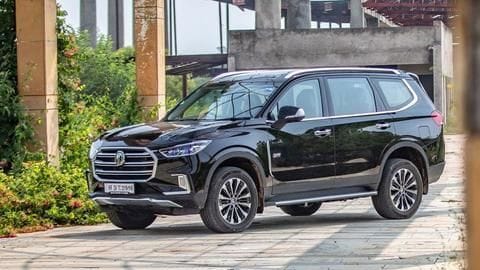 India is a price-sensitive market where customers demand a bang for their buck when it comes to buying any product and cars are no exception. The fuel efficiency figures of MG Motor's Astor SUV have been revealed by a leaked internal document. MG Motor had started accepting bookings for its Astor SUV in India earlier today and within a short span, the first batch of 5,000 cars has sold out. Deliveries of the models booked today will start from November 1 onwards. 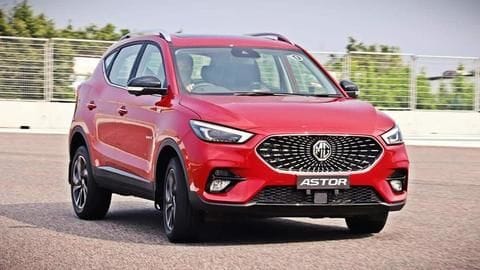 MG Motor has launched the range-topping Sharp (O) variant of its Astor SUV in India. The trim is also known as Savvy and its price starts at Rs. 15.78 lakh. 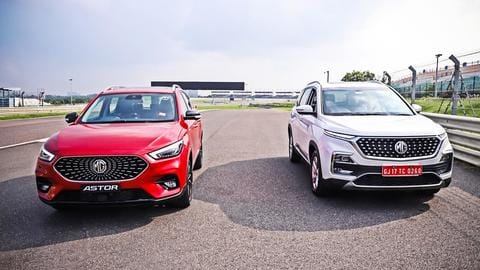 MG Motor
MG Astor v/s Hector: Which one is a better buy?

MG Motor's latest launch in India, the Astor, is a well-made compact SUV with several high-tech features. However, prospective buyers might also look at it as an alternative to the Hector in terms of price or features. 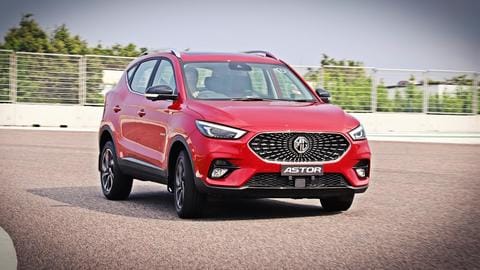 MG Motor has launched its all-new Astor SUV in the Indian market. It carries a starting price-tag of Rs. 9.78 lakh and is offered in Style, Super, Smart, and Sharp trims. MG Motor will launch its much-awaited Astor SUV in the Indian market on October 11. 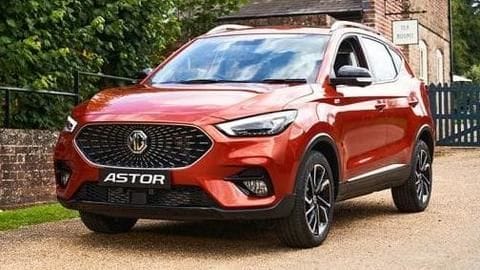 The MG Astor SUV, which was unveiled last month, will be launched in India on October 7. The car is available with as many as 14 radar-based Advanced Driver Assistance System (ADAS) facilities. MG Motor will launch its Astor SUV in India on October 7, as per CarDekho. It was unveiled last month and will be available in Style, Super, Smart, Sharp, and Savvy variants. 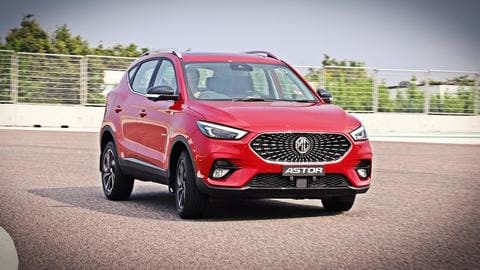 We have finally driven the MG Astor and this new compact SUV will be positioned below the Hector in MG Motor's product line-up. MG Motor is likely to launch its Astor SUV in India in the first week of October. It will be available in eight variants: Style, Super, Smart Std, Smart, Sharp Std, Sharp, Savvy, and Savvy Red. 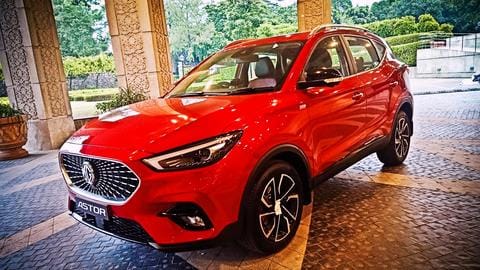 MG Motor is readying its first compact SUV for India called the Astor. 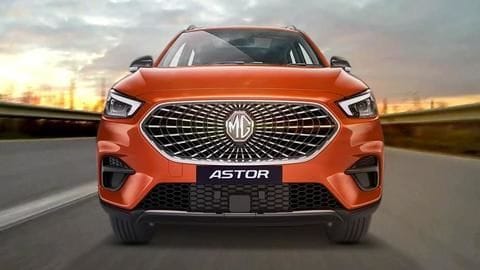 MG Motor should launch its Astor SUV in India in the first week of October. To recall, it broke cover on September 15. British automaker MG Motor has unveiled its Astor SUV in India. It should go on sale later this year. 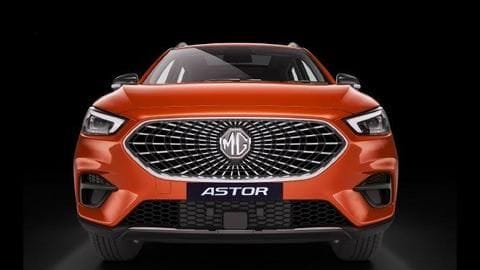 MG Motor
MG Astor to be unveiled globally on September 15

MG Motor will unveil its Astor SUV globally on September 15. It will come with several industry-first features such as an AI assistant and first-in-segment Autonomous Level 2 driving technology that is said to be tested and developed for Indian conditions. 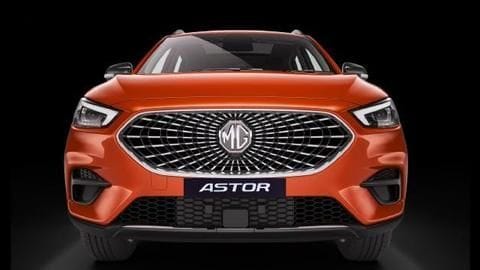 British automaker MG Motor is expected to launch its Astor SUV in India in the coming weeks. British automaker MG Motor will launch the petrol-powered version of the ZS EV in India in the coming months. 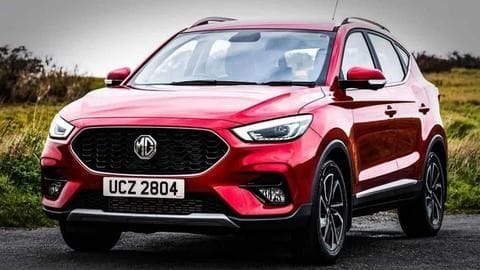 Reliance Jio has joined hands with MG Motor to provide its 4G-based connected car suite on the upcoming Astor compact SUV in India. 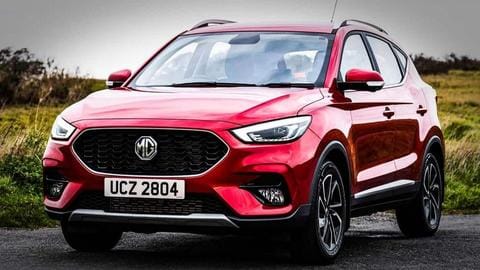 MG Motor will launch the Astor SUV (petrol-powered version of ZS EV) in India in the last quarter of this year, as per an official announcement. To recall, it was showcased at the Auto Expo 2020. 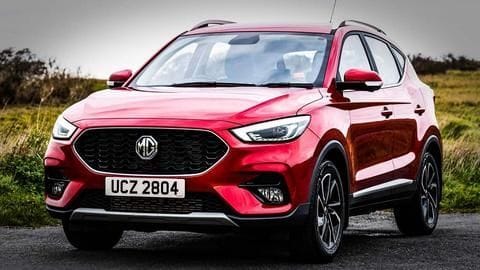 The petrol-powered version of the MG ZS EV, likely to be called the Astor, should be launched in India by Diwali. 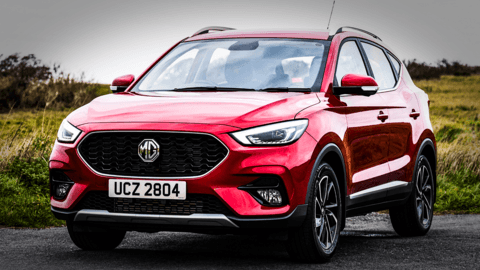 After the success of the Hector and Gloster, MG Motor has now turned its attention toward the lucrative crossover segment with its upcoming Astor SUV. 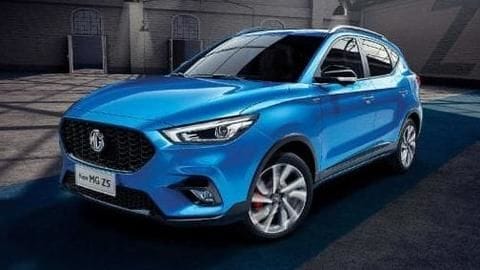 The petrol-powered version of the MG ZS, likely to be called Astor, will be launched in India by the third quarter of this year. 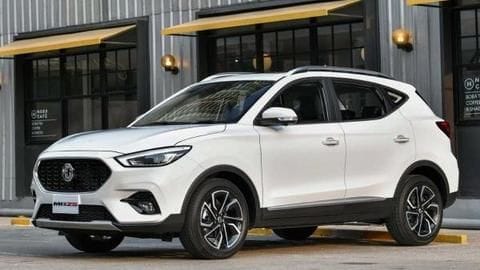 The petrol-powered iteration of the MG ZS SUV in India will be launched by the third quarter of 2021 and shall reportedly carry the Astor moniker. It will be positioned below the Hector in the company's line-up.